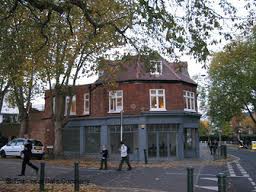 Estate agents Chesterton Humberts are aiming to take advantage of the recent relaxation in planning law to allow them to move into larger premises in Barnes. The agents have been renting 49 Church Road (the site of the old Grafton Gallery) since 2011 but have been unable to move into the vacant site as they haven't secured the necessary planning consent from Richmond Council. However, the change in planning laws which came in to force on June 1 allows businesses without usage rights to trade from premises for up to two years while they apply for change of use.

Local MP Zac Goldsmith is at the head of a campaign which aims to persuade Chesterton's not to move into the site, saying that the move to new premises will be unpopular locally and that the site should be used as a shop rather than as an estate agent. Zac was just one of the signatories to a protest letter sent on May 28 to the Chief Executive Officer of Chesterton's. Other signatories include the Barnes Community Association and local councillor Gemma Stockley.

Until recently Chesterton's had been in sub- letting negotiations with a retailer who wanted to open a new store in the vacant site. However it appears negotiations ended suddenly and the retailer in question was told that Chesterton Humberts now wish to move into the site.

Barnes Town Centre Manager Emma Robinson, who is campaigning against the move, says 'Residents are always very disappointed when we lose a retail site to an estate agent. The BCA fought hard to keep Chesterton Humberts out of 49 Church Road and it is frustrating that a change in planning regulations means that, despite residents making clear that this is not what they want - and the Council's Planning Committee and the Planning Inspectorate backing them – Chesterton Humberts can move in without needing permission.'

She added 'Shops drive footfall, estate agents don't. We need to keep as many retail sites in Barnes as possible so we can fill them with shops, which meet the needs of the community and increase footfall in our shopping areas. We already have too many estate agents in Barnes taking up retail space.'

'I am asking residents who feel strongly to put their views in writing to the manager of Chesterton Humberts, Barnes and to sign our online petition.'

Chesterton Humberts CEO, Robert Bartlett, has said that they are simply considering moving office from one end of Church Road to the other and are not increasing the number of estate agents' premises in Barnes. They have undertaken not to re-let their existing premises to another estate agent. He says 'I hope this guarantee will re-assure Barnes residents and demonstrate just how keen we are to only work with the local village community, not against it.' He added that they have been part of the Barnes community for many years and have sponsored numerous local causes including The Wetlands Trust.

You can read the full text of Chesterton's statement at the end of this story.

There are 14 estate agent offices (soon to be 15 with the arrival of agents Fetherstone Leigh in the old HSBC bank premises) covering an area with just over 6,000 homes. Last year, according to Zoopla, 201 properties were sold in Barnes meaning that, if sales were divided equally, each estate agent office in Barnes will sell only 13 properties per year. At the average Barnes property price of £1,021,020 the revenue per sale adds up to £25,526 at a rate of 2.5% commission. 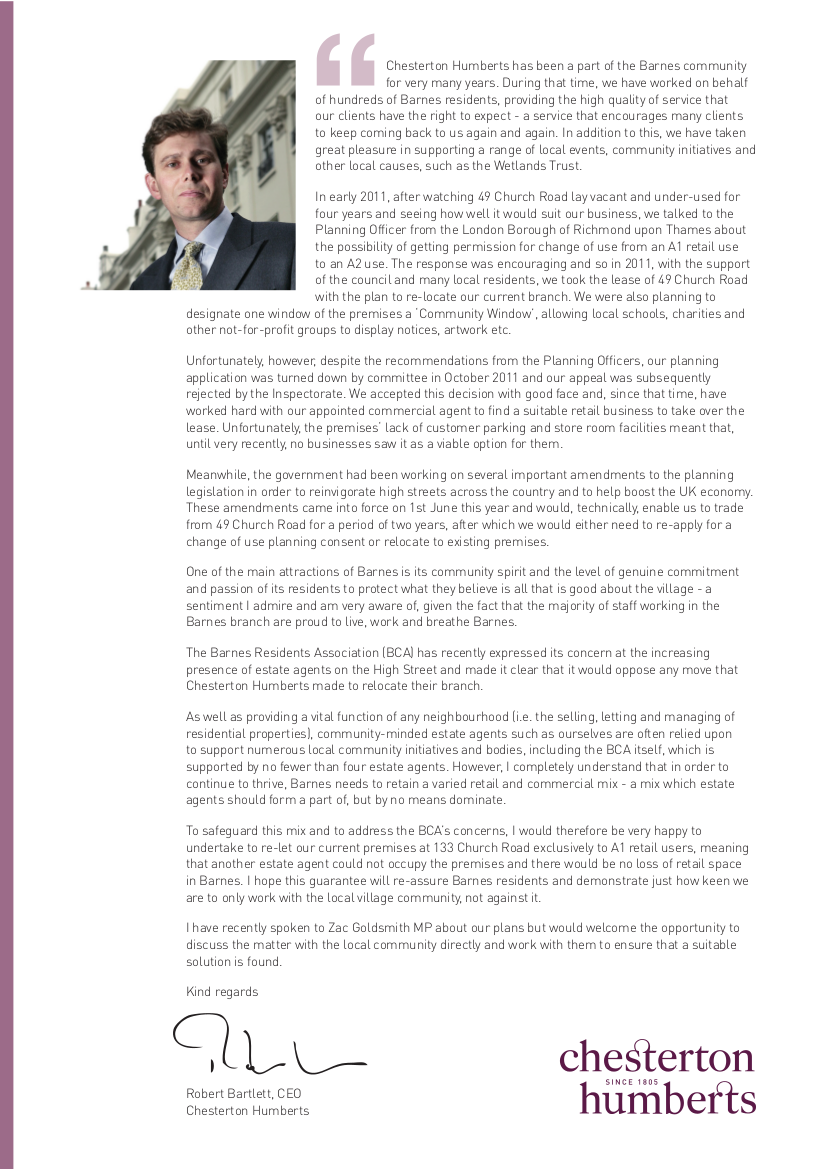